When I first visited Antarctica on an Argentine supply ship in 1986, I knew little about the continent.  Mostly I imagined that it was a place where explorers had suffered and thought that it was huge, flat and boring – perhaps perked up by a penguin waddling here or there.

Imagine my surprise, then, when our ship, the Bahia Paraiso, sailed into its namesake waterway, Paradise Bay.   After several days of cruising through fog, the clouds suddenly parted to reveal a landscape of magnificent mountains rising straight from the ocean, surrounded by dramatic glaciers that boomed and cracked as they calved icebergs into the sea.

Even more astonishing was the wildlife.  As I suspected, I did see penguins, but in numbers and varieties like I had never imagined.  Some places up to a million of the birds would be nesting in one place, somehow finding their mates by calling to them through a cacophony of other squawking birds. Numerous species live there and they nest almost anywhere that is flat and slightly sheltered. 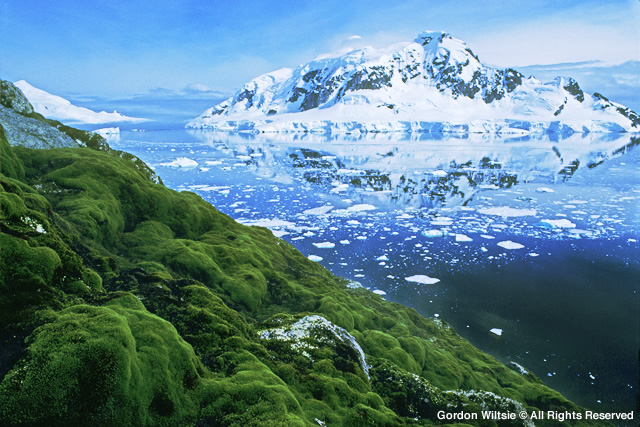 Also on the beaches were huge elephant seals, crabeater seals, weddell seals, fur seals and more.   Humpback whales and orcas breached out at sea and other birds like terns, albatross and predatory skua gulls soared overhead. 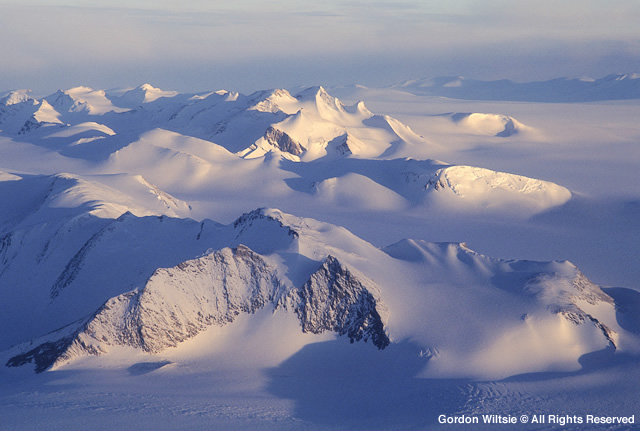 I was so captivated by what I saw during that first trip that I found ways to return twelve subsequent times, often via airplanes that flew from Punta Arenas, Chile, to a wind-polished glacier where the planes could land on wheels – a place truly in the middle of nowhere.   From there I joined many different groups traveling onward in ski equipped propeller planes called Twin Otters, to visit the South Pole, climb mountains in widely different places, ski virgin slopes, and to explore and photograph places where perhaps no people had ever visited before.

The interior of the Antarctic continent is almost the opposite of the coast.  Virtually nothing grows there and it is the highest, driest and coldest desert on earth.  The only reason that the ice is more than two miles thick in some places is that the small amount of snow that does fall simply doesn’t melt. 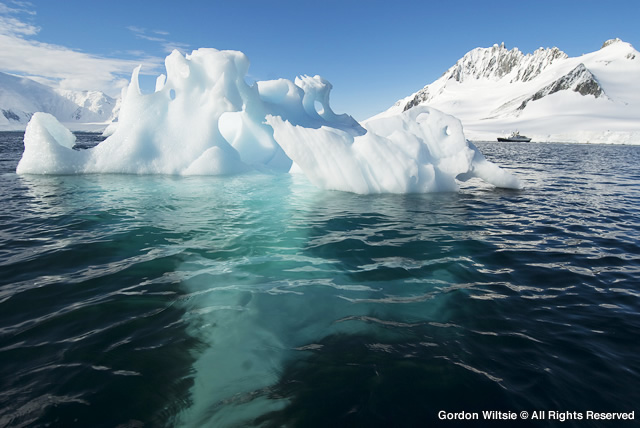 In places the Polar Plateau really does seem as big and flat as a frozen ocean.  You can fly for hours and never see a landmark.  Other places, however, mountains that are even more dramatic than those on the coast poke through an immensely thick  icecap, rising as high as 4892-meter Mount Vinson, the highest massif on the continent.

I feel like one of the luckiest people alive to have been able to visit so many places in Antarctica, sometimes working as a guide for Adventure Network, the aviation company, other times working as a photographer for National Geographic, Life and other magazines. 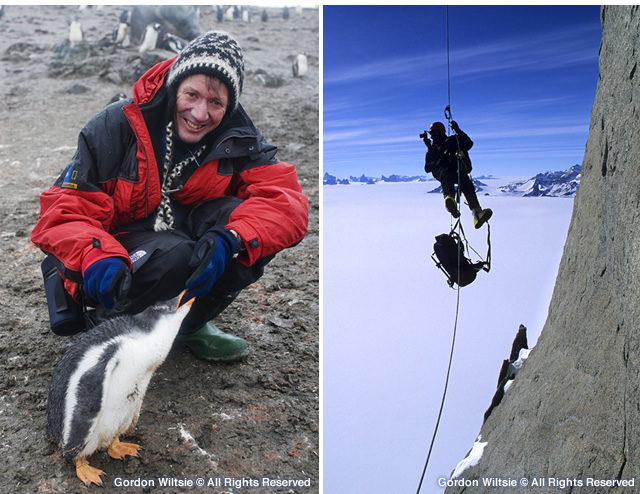 With luck, however, comes responsibility and I hope that my pictures help people around the world to care more about Antarctica and to encourage governments everywhere to cooperate in protecting it.  It is the greatest and most exciting wilderness left on earth and I hope that it always remains that way.  The very life of our planet needs such a place. 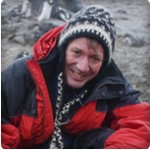