In early 2010 I worked as an expedition guide and logistics commander for geothermal geologists studying geothermal energy in the Maule Region, central Chile. This area is mountainous and is located between Vergara Paso in the north and River Melado, in the south, in the Cordillera de los Andes.

The mission of this expedition was to explore the area designated to collect information and data for research in geology and volcanoes. The idea was to take samples of radiation and take measurements on the countless hot springs that are in this area. 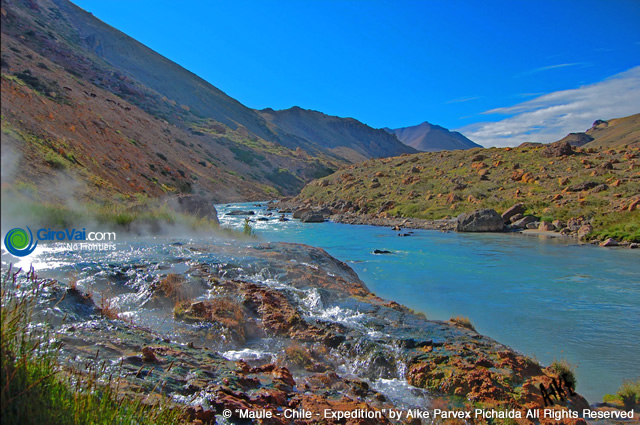 In the three months that I spent working in this area the landscape never ceased to amaze me with such a variety of scenery and natural surprises. The first scene that surprised me was the slopes of the Planchon Volcano with its similarity to the highlands in the north of Chile, covered with ocher grasslands. 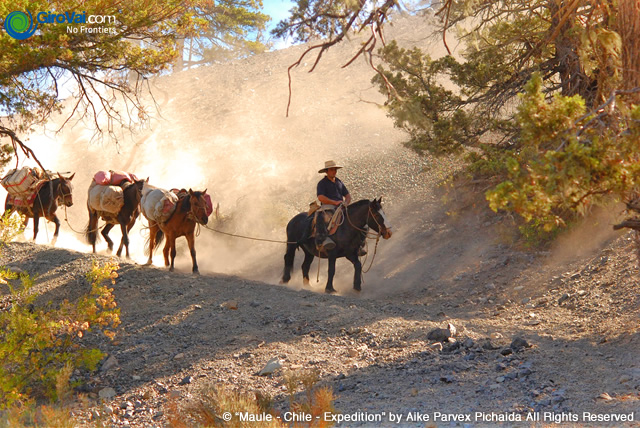 But my biggest surprise was when I approached some of the streams. They seemed to hold a variety of colours, a mixture of turquoise and brown and then when the thermal waters ran into the streams were transformed into a strange green. The intense volcanic activity in the area has also contributed to the beauty of this place, with the shades of brown, grey and black ground that seemed to have scared the earth. 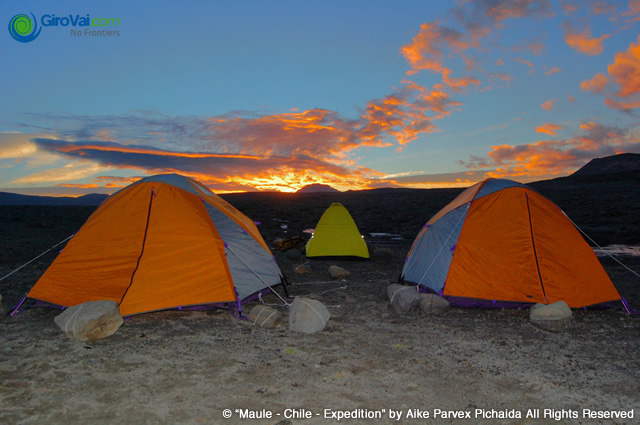 he other place that is really amazing is the Altos del Lircay, with its green forests. As we climbed, the ground was changing, red and yellow earth mixed with “white sand” coming from the volcanoes. As we continued ascending out of the forest, large areas of sand dunes began forming, with small valleys between them. In these valleys hot springs mix with the sand giving an attractive green tint to the water. Another aspect that greatly enriched the landscape was the fumaroles from volcanoes. 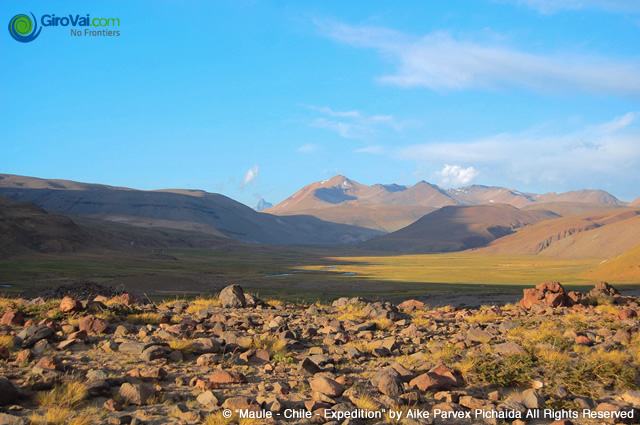 The truth is that I was surprised about the kind of scenery that I found on this expedition. I think that mountains, wherever they are located, have that wow factor that never ceases to capture my imagination. Maybe that is why my fascination with them has not stopped. 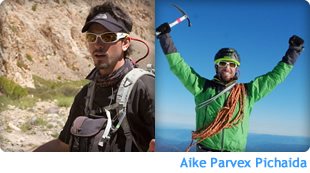