When I told various friends and colleagues about the trip I had planned with my boyfriend Roberto the reactions were nearly always the same: “Impossible, you won’t be able to do it”, “How many kilometres??” and “To the Embalse, on your bike??” A 200km round trip, 50km of it off road and half of the trip uphill, in just 2 days; we had not chosen an easy path. However, always up for a challenge we packed our bikes with our camping gear and got ready for an early Saturday morning start. 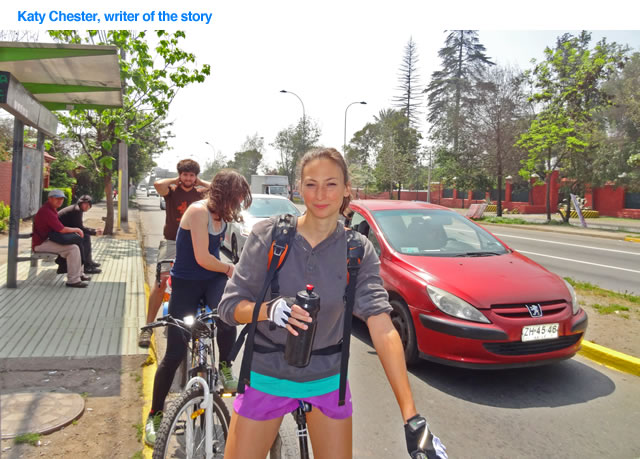 Leaving Santiago in the early hours on the bike is always a lovely experience. Hardly any cars on the road, the sun coming up glowing orange, fresh morning air and an almost tangible excitement in the air for the journey ahead. We sped through the city, anxious to get to the beginning of the Cajón de Maipo where tall apartment buildings are replaced by beautiful mountain scenery. 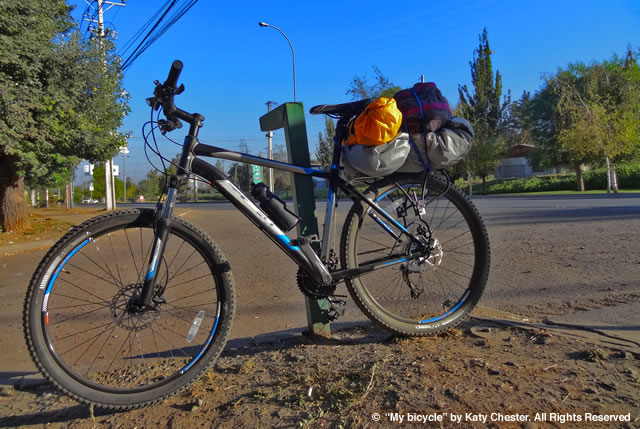 Reaching San Jose de Maipo, the first 50km seemed like the easiest thing in the world. An uphill climb but with plenty of flats and a few downhills to take the pressure off we arrived with our stomachs rumbling ready for breakfast. We chose a small bar/restaurant just before the main square where for 7000 pesos we both had breakfast fit for kings: empanadas, fried eggs with homemade bread, meat and cheese sandwiches, a cup of tea and a cup of coffee. In Santiago this would have cost more than double. 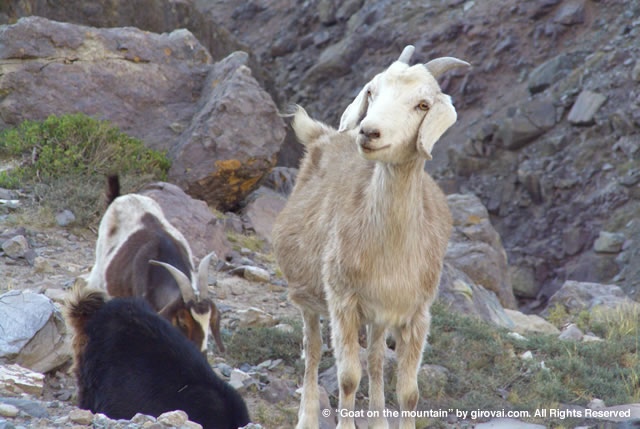 The next 25km continued on a paved road, slowly climbing further into the heart of the Cajón. The sun was beginning to get stronger and I could just start to feel the first signs of tiredness in my legs. However, we soldiered on, determined to get to the start of the off road track in good time, knowing this would be the most challenging part. We stopped for a refuel at a small kiosk type café which was served by two “Tías”, everything homemade, served with a smile. We bought more water and ate something sweet to give us an energy boost.

The beginning of  the off road track was wonderful. We really felt like we were in the middle of nowhere and the scenery was breathtaking. However,  passing the 3km sign after nearly an hour of cycling I began to get a bit nervous. It was so much slower and so much harder than cycling on the road and to make things worse it was a constant steep climb. There was no respite from the uphills. 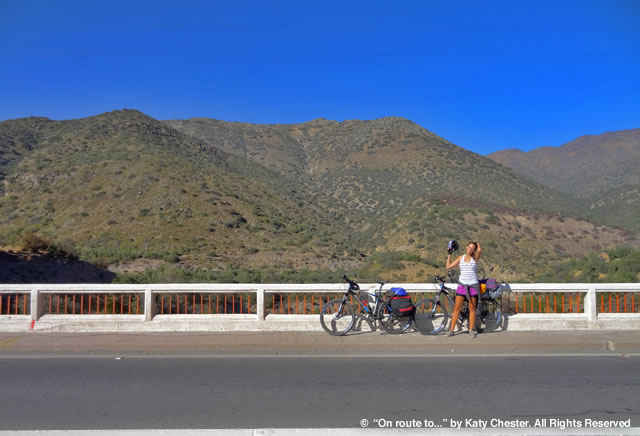 I started to lose some of my motivation and needed to stop constantly for water or chocolate. Roberto (the seasoned cyclist) tried his best to encourage me but I felt like I wanted to give up…

Will we reach our final destination? Find out in our next issue!