“I don´t like the desert, the south is my thing”, that’s what I have always said without ever having set foot in northern Chile. I arrived in San Pedro de Atacama without any expectations, though the place gave me the wink on the way to the hostel. 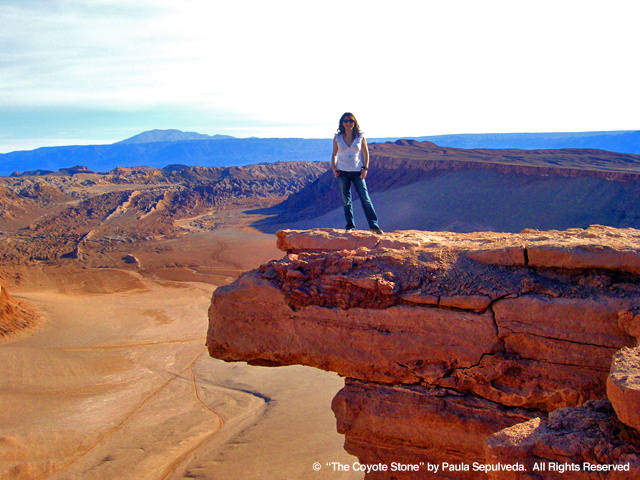 The town of San Pedro is charming, eclectic and not at all pretentious. Its dusty streets are guarded closely by two Volcanoes “Lincancabur” and “Lascar”. During the day, you can find the most diverse culinary offerings, craft and many tourist information kiosks. At night, when the cold literally pierces your clothes, bars and restaurants light their fires to welcome you and keep the surprises coming.

But the real surprise for me was yet to come. It would be five days touring the area, five day of desert… or so I thought.

My boyfriend Daniel and I were more than ready to see the place. Provided with coca leaves to combat the altitude sickness that can occur in the highlands, we took a bike tour from a shop nearby. Most remarkable was the national monument “Quitor Pukará” an embedded prehispanic fortress situated on the hill to protect the locals from the imminent invasion of their (not so friendly neighbours) the “Aymaras”. From the top of the Pukará you can see the valley used for local agriculture, which contrasts sharply with the rest of the arid landscape. 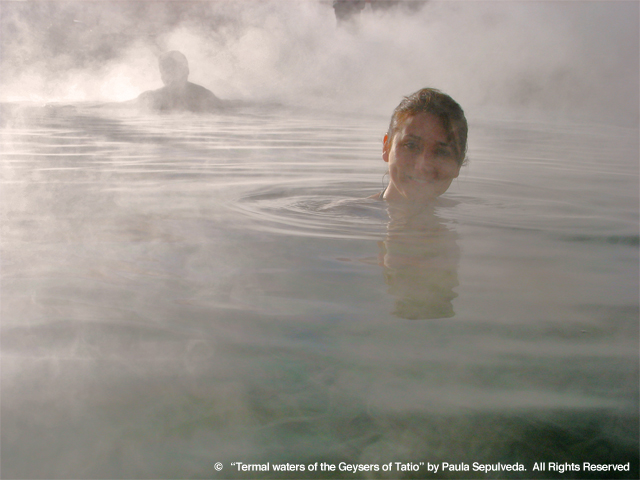 The second day our goal was to reach the “Valley of the Moon.” On the way, we crawl through salt caves, climbed up the walls of the “Valley of Death” and stood on a crag called “The Coyote Stone” which is a must do photo opportunity on this imposing canyon. At the end of the day and after a long walk we arrived at the “Valley of the Moon.” as the sun was setting and just as we had been informed, both of us had that feeling, we were on another planet. In front of our eyes, rock formations that emulate the lunar surface; above the skies, colour palette full of gold and red that dazzle the “Mountains of Salt” putting the finishing touches to this natural amphitheatre. (Too poetic? Wait till you’re there).

The next day started early. At 5 in the morning and -8°C our goal was to reach the “Geysers of Tatio”, a geothermal display at 5,200 metres above sea level. The steam vents that achieve great heights set against this amazing sunrise. Nearby there’s a pool of thermal water that challenges you to keep your clothes on. We spent time in their hot streams. This unmissable experience is only for the brave.

Later in the morning we arrived at “Machuca” a small settlement of llama herders. Small mud houses with thatched roofs are typical of the type of constructions you can find in this area. Undoubtedly the most beautiful and striking area is the “wetlands. The “wetlands” are a dank native prairie where llamas find their food. Once again, amazing colours everywhere.